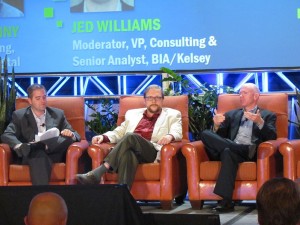 I was honored to be invited last week to speak on content marketing at the BIA/Kelsey Leading in Local conference in Austin, on a panel moderated by the Senior Analyst Jed Williams. During the panel I talked about several foundational themes related to content marketing that seemed to generate some conversation (you can read a full recap of the panel here on the Kelsey Blog), so  I’ve expanded my panel comments for all those who might be interested in what we talked about.

END_OF_DOCUMENT_TOKEN_TO_BE_REPLACED

The Fundamental Reason Why Content Marketing Is Exploding Today

Unless you’ve been hiding under a rock over the last year, you’ve been hearing the phrase “content marketing” everywhere.  In fact, a recent a survey of client side marketers worldwide by Econsultancy and Adobe showed one area of digital marketing jumping dramatically in the last year to become the top priority for 2013, and it was–you guessed it– content marketing. And as Digiday recently wrote describing the shift happening in the ad landscape: “Advertisers are no longer content to relegation in the boxes along the periphery of the page. Talk to any major brand, and the word ‘content’ will come up within the first five minutes.”

END_OF_DOCUMENT_TOKEN_TO_BE_REPLACED 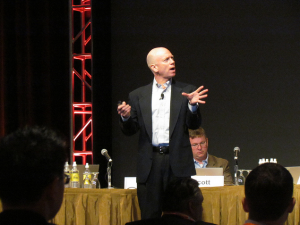 This week I had a great experience traveling to Boston to speak at the Kelsey Interactive Local Marketing East Conference. My overall talk was on the basics of SEO for CEO’s and building an in-house SEO department, but I also touched on the wider trends happening in search related marketing spend and how they impact local markets. Afterwards we had a panel discussion with two of the people I view as among the top experts in search (and local SEO): Will Scott and Andrew Shotland  (you can find a recap of the session on the Kelsey blog here).

One of the themes I touched on during my talk was the growing importance of “Services” in the world of marketing priorities for businesses. That money is now shifting from what has always been viewed as “Advertising” (whether traditional or digital media) to a whole host of growing priorities including Search Engine Optimization,  Social Media Optimization, blogs and Content Marketing.

END_OF_DOCUMENT_TOKEN_TO_BE_REPLACED

When I started my career in marketing and advertising in 1985, the world I operated in—and the rules for success– were clear.  The smartest brands spent loads of money on advertising, and then spent more loads on high-priced media to blast their message to consumers (those loads paid for our expensive agency TV Shoots and our nifty client dinners at Montrachet- the ones with the $250 bottles of wine).  The media companies—like TV Networks- functioned as the “connective tissue” between brand advertisers like Sony and Coke and the “target audience” (because what passed for “targeting” in those days was declaring that you wanted to reach the “18-34 demographic”).   If you wanted to tell a whole lot of people that Wendy’s had more beef and the competition only had a big fluffy bun (like my former boss Cliff Freeman did in his epic “Where’s the beef” TV spot), you needed ABC, NBC, CBS and the cable networks to get that message to your potential customers.  And all of it unfolded under the controlled, measured pace of our production timetables, planned campaign launches (because getting all of this done took at least 6 months) and the slow build of reach and frequency shown in our media flow charts.

And then came that darn invention of the Internet and the ensuing (and continuously unfolding) chaos created by the digital media revolution (putting a serious crimp in all those nice client dinners).   END_OF_DOCUMENT_TOKEN_TO_BE_REPLACED