Is The Change Hitting The Media Industry Today Really A “Revolution”? 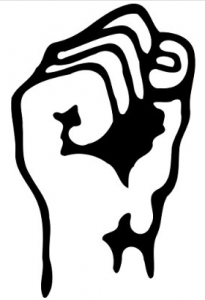 Recently, we had a very interesting debate among our team about using the word “revolution” to describe the rapid shifts happening in the media landscape today.  Is the digital disruption we’ve seen from the invention of the internet—and subsequent innovations like social media—more of an evolution?  Could the word “revolution” be a little dramatic….?  How big is this whole darn social thing anyway and how much is really going to be different?

To me it’s not just an academic question. If you work in the media or advertising business, how you view the scale of change occurring today impacts what you do about it.  If you think what you see happening around you is just a slight adjustment on the road of media history– one that will leave most of the existing infrastructure intact (although maybe slightly evolved), you’re not likely to do a whole heck of a lot about it in terms of your personal commitment to preparing and developing yourself for a new world.  Change is hard- particularly when the way you’ve always done things has worked for so long.

Having experienced almost 27 years in the marketing, advertising and media business (versus the single digit experience of some of the “born-digital” team members I work with), I’m of the opinion that I may have a little bit of the long-term perspective needed to debate the question of the scale of this change.  So here are some thoughts.

To get more perspective on the topic, the first person I look to for insight is one of the foremost experts today on the subject of the social and economic effects of Internet technologies: NYU Professor Clay Shirky.  He was the first authority I know of in academic circles to term the period we are going through in digital communications– and the upheaval happening in reaction to it– a “revolution” (he did this in his 2008 book: “Here Comes Everybody: The Power of Organizing without Organizations” – the subtitle of the book reads: “Revolution doesn’t happen when society adopts new technology, it happens when society adopts new behaviors”).  I think this book is one of the foundational sources of information to understand the current and future impact of the technological innovation known as the Internet and by extension social media.  So much so that in past blog posts I’ve recommended that it be the first book you read as a foundation for getting yourself grounded on the impact of social media.

In this Youtube clip (link below), Shirky explains the periods in human communications history that qualify to be described by the term “revolution”. He starts off by saying- “There are only four periods in the last 500 years that media (human communication) has changed enough to qualify for the term ‘revolution’.  The first one- the famous one—is the printing press- movable type….. the whole complex of innovations that turned Europe upside down starting in the middle of the 1400’s….. (watch the whole 3 minute clip below where he explains using the term revolution):

In this clip he comments: “The moment we are living through, is the largest increase in expressive capability in human history”.  He also gives his view on the period of time that this current “revolution” is likely to last  (and in his book he describes how the revolutions created by the previous 4 media innovations fully unfolded only after many decades had passed): “we have had the internet in its public form for over 20 years now, and it’s still changing as the media becomes more social….”  He argues in his book that we are just at the very beginning of the dramatic impacts of this technological change, and like the extended (over decades) unfolding of the societal impact of the printing press, the full effect of this revolution will only unfold fully over many, many years (meaning not this year, not next year, and not likely before the middle of the 21st century).

In his book, Shirky argues that all of these periods (including the current internet/social media period) are not “simple improvements” (or “evolutions”)- he writes:

None of these examples was a simple improvement, which is to say a better way of doing what society already did. Instead, each was a real break with the continuity of the past, because any radical change in our ability to communicate with one another changes society.”

Facebook CEO Cheryl Sandberg also recently talked about the historic scale of change connected to the internet during her keynote at the DLD 2012 conference:

“The third trend,  which I think is by far the most important,  is the transition of all of us from being receivers of information to being broadcasters of information. And  I think this has huge historical significance. If you think over the history of the world, in order to actually broadcast information, in order to have a voice,  you had to be rich or famous or powerful, or own a TV station… But if you think of everyone else, the power of being a broadcaster, has now been given to them….. and that is a really big deal. Because everyone now has the power of voice… we think this has a profound impact- that this is a revolution that touches every aspect of our lives….

I’ll leave you with one final thought from Shirky’s June 2009 TED Conference speech as a motivator for personal change:

The media landscape that we knew (where professionals broadcast messages to amateurs)….is increasingly slipping away.  In a world where media is global, social, ubiquitous and cheap; in a world of media where the former audience are now increasingly full participants– in that world media is less and less often about crafting a single message to be consumed by individuals. It is more and more often a way of creating an environment for convening and supporting groups.  And the choice we face– I mean anybody who has a message they want heard anywhere in the world– isn’t whether that is the media environment we want to operate in– that’s the media environment we’ve got.  The question we all face now is, how can we make best use of this medium, even though it means changing the way we’ve always done it?

This entry was posted in Digital Marketing Revolution, Social Media. Bookmark the permalink.

One response to “Is The Change Hitting The Media Industry Today Really A “Revolution”?”